You are here: Home / Features / 5 Oscar-worthy movies you can now watch at home

As we get stuck into the second half of the year, there will inevitably be a host of film trailers that emerge that look like contenders for awards. Traditionally, it’s when the summer blockbuster season comes to an end that we start to see these movies creep out -and 2011 looks to be no exception.

The debates will no doubt rage across film news websites and blogs everywhere as to whether David Fincher will be in with a shout for The Girl with the Dragon Tattoo, or if the sheer weight of acting talent involved in Tinker, Tailor, Soldier, Spy will produce a Best Actor nomination or two. However, let’s not forget there are a bunch of Academy Award winning and nominated movies from 2010 that are now available on DVD and Blu-ray. Here are five

In addition to winning Best Supporting Actor and Best Supporting Actress for Christian Bale and Melissa Leo respectively, The Fighter picked up another five nominations, including Best Director and Best Picture. Based on the true story of boxer Irish Micky Ward, it also happens to be a damned good watch with excellent performances all round.

After the runaway success of Slumdog Millionaire, director Danny Boyle kept things a little simpler with the story of Aron Ralston, an adventurous rock climber who got his arm trapped under a rock and was forced to take drastic measures to escape. The film didn’t win in any of its six Oscar categories, but it proved to be another big hit for the man who also brought us Trainspotting and 28 Days Later.

You couldn’t move for this film back in January: it was the film news on everyone’s lips. This, of course, didn’t stop when it scooped Best Director, Best Actor, Best Original Screenplay and Best Picture, but it was definitely deserved in the majority of the categories. If you loved The Queen in 2006, this is an obvious way to get your next royal fix.

Largely forgotten having only been given a limited theatrical release in February, Rabbit Hole managed to get Nicole Kidman an Academy Award nod for her role as a tortured mother attempting to get over the death of her child. Sadly, Aaron Eckhart’s performance as the husband trying to hold her together was ignored, but now you can give it the attention it deserves from the comfort of your own home.

The Coen Brothers may be the unwilling darlings of Hollywood, but when they keep putting out classic after classic, it’s easy to see why. This remake of the 1969 John Wayne western was a much better entry on their CV than their disastrous reimagining of The Ladykillers in 2004 -which is probably why it was nominated for a staggering 10 Oscars. 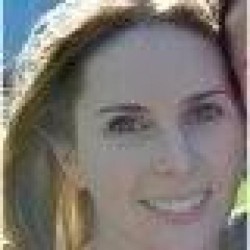 Leanne Miller
I have been a professional copywriter for 2 years, preparing contentfocused on film news/reviews and articles for the entertainment sector. Feel free to 'tweet' me on @lm82copywriter!
www.playittoday.org