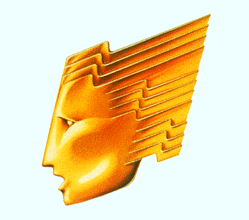 Entries are now being accepted for submission towards this year’s The Royal Television Society Student Television Awards.

Held every May in central London, the gongs recognise the best audiovisual work created by by full- or part-time students as part of their course. Basically, the ceremony is held next year but the awards are for this year. We think.

Anyway, the award categories are:

Animation – Cartoons, graphics, electronically generated or any other experimental images.

Factual – Work that deals with news or social issues in documentary or reporting style. Also specialist factual -from science, history and arts to consumer issues, business or general popular factual.

Awards will be made in two categories:

Fiction – Live action narrative to include drama and comedy and any other experimental work.

So there you go – clear as mud. You can try and find out a bit more on the Royal Television Society website if you want. Completed entry forms must be returned by August 7, 2009.

D&CFilm
D+CFilm is the name for our Staff Writers here at the D+CFilm. If you'd like to become a staff, or named, writer drop us a line.

Latest posts by D&CFilm (see all)